This Season of Creation the Cathedral decided to create the St. Francis Award. This award goes to an organization that embodies the spirit and philosophy of St. Francis of Assisi.

There were several nominations and it was a hard decision but this years recipient is the Turtle Valley Donkey Refuge located near Chase.

Since 1999, the Turtle Valley Donkey Refuge has been offering refuge to donkeys. Thier purpose is similar to other animal shelters that provide services to domestic animals, but they specialize in donkeys which cannot be adopted due to their ongoing physical health and often mental health issues.  For the rest of their lives, our donkeys remain with them here at their Forever Home.

The Refuge is dedicated to ensuring that these loyal, stoic creatures are given the care and consideration that they have earned through service during the early development of industry in British Columbia and now as most often misunderstood companions to farm animals and humans

Here is a picture of Henry Tosoff  accepting the award. He is proud supporter of the Turtle Valley Donkey Refuge and raises money yearly to support this program. 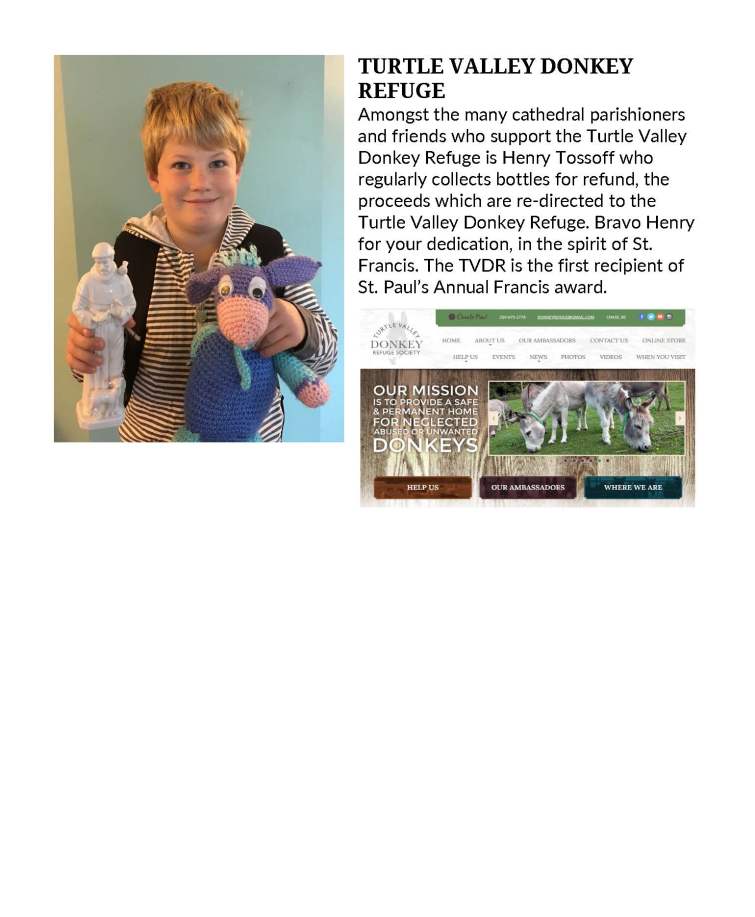